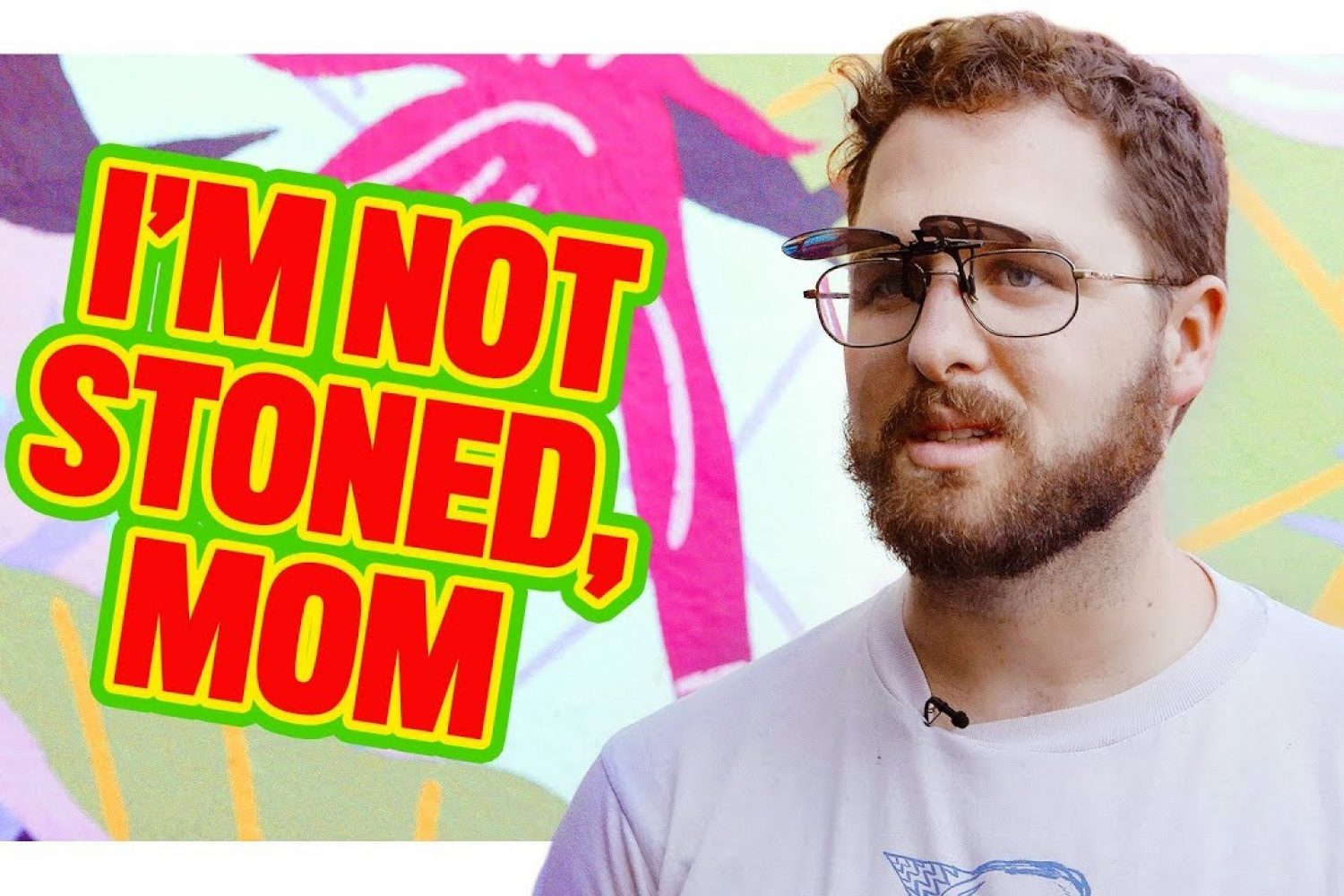 Have a story about ‘greening out’ — taking too much weed, and then flipping out because minutes move at a glacial pace so they seem like hours; everybody’s looking at you (well, that’s what your messed up brain is telling you) but your eyes are darting around the room avoiding everyone’s gaze ‘cause you feel like you’re going to pass out if anyone asks you a question?

Welcome to the club.

We all have a story like that — at least, all of us who are Mary Jane regulars.

So I feel your pain.

Greening out can be such a bummer that it even turns off experienced MJ lovers — it’s uncomfortable and panic-inducing. Beginner users who manage to ‘green out’ in their first few uses generally swear to God Almighty they’ll never try cannabis again in their life.

Swearing off the stuff completely is a bit extreme because — and remember this well:

You can’t fatally overdose on cannabis. 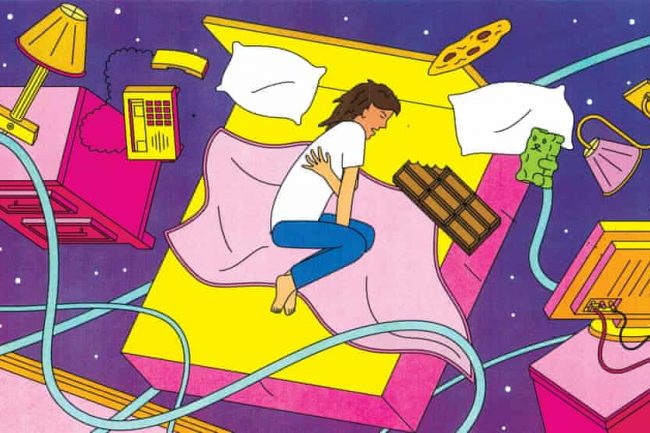 Get up… You’re not gonna die. I swear.

No matter how much you smoke or eat. No matter how great and full of THC your strain is [even if you’ve smoked some of the super strong cannabis strains from this list]. And no matter your underlying health conditions.

Yes, it’s uncomfortable. Yes, it feels like days. And, yes, you think you’re going to go insane — the only thing on your mind at that point is “Gawd, how do I come down from this weed high?”

Well, you’re in luck because you can try these 11 things out the next time you’re ‘greening out’:

Everything here is simple and easy to do — and can help blunt the edge of your high, and sober up from weed.

Let’s dig into the details.

Stop Panicking to Take the Sting Out of Being High 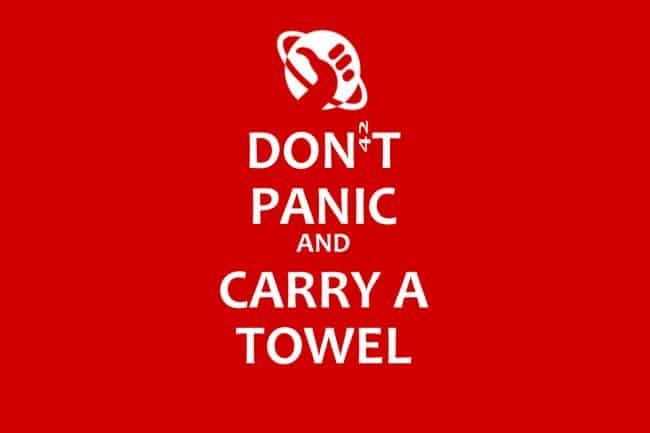 Sometimes, stoned people just go full bananas when they get too high.

If you’re one of those worriers, you’re checking your pulse constantly. You’re always looking at the watch trying to figure out why those minutes are taking their sweet time. You’re in your head about every little thing, blowing everything out of proportion.

No one died while ‘greening out’. Ever. You won’t, either.

There’s no need to panic because the high will pass. Maybe in ten minutes. Maybe in an hour. But it will pass.

I know that’s difficult to home in on, but you need to practice it. Just have it somewhere in the back of your head that things will be OK in a while, and you’ll breathe a bit easier.

Distract Yourself for a While

That’s totally not true, scientifically. But experientially — if you’ve ever sat there and watched it — you’ll know that it is true.

It’s the same with coming down from a high.

If you’re waiting for it at the edge of your seat, it’s gonna be a long time coming.

The point here is to start doing something that is comfortable, calming, and relaxing. You want your brain to go into an ‘oh-I’m-familiar-with-this-so-I’ll-stop-freaking-out’ mode and shed all the negativity associated with feeling high. Hopefully, this will speed up sobering up. 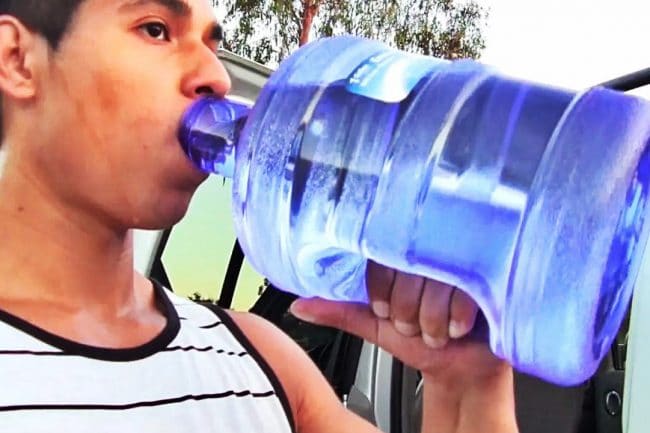 … and pour one over your head while you’re at it!

Kidding aside, you really want to drink a lot of water if you’re trying to come down from a weed high.

The effect here is two-fold:

Oh, and I deliberately didn’t put ‘hydrate’ up there. When you’re stoned, a beer can seem like a good choice, but it’s likely to make things worse. Alcohol can increase the amount of THC in your bloodstream, which is the last thing you want. So stay off it until you sober up from weed!

When you’re in the grips of a bad weed high, eating something is always a good idea. If nothing, the act of chewing will shift your focus. At least for a while — and if you remember to keep chewing!

But, there are some foods that you might want to stock up on if you’re looking to come down from a weed high fast.

These are pine nuts, lemon, and peppercorns.

All of these contain natural terpenes that have therapeutic properties and can speed up getting unhigh.

For example, pine nuts are loaded with pinene and limonene, both of which can help when dealing with weed-induced brain fog.

Peppercorns, on the other hand, are rich in beta-caryophyllene. This is also a terpene, but this one was found to reduce anxiety — definitely a major pain-point when you’re a bit too buzzed.

And lemon has been used for centuries by people looking to mellow their buzz. I’m not kidding — there are writings out there from the 10th century that confirm this particular use of lemon. A Persian doctor from the time, Al-Razi, notes that ‘one should drink fresh water and eat acid fruits’ to counter the effects of hashish.

Lemon is dripping with limonene (it beats out pine nuts in that area), and that limonene affects our neurotransmitters in a calming way, reducing adverse responses and clamping down on fits of anxiety.

My advice is to simply drink lots of lemonade if you need to come down off a cannabis high. Alternatively, you can try chewing on lemon rind or drinking a cup of lemon balm tea,

Get Yourself in Water to Sober Up from Weed

A bath or a shower does a body good.

It also does good to a brain in the midst of a weed overheating episode.

While the evidence that a shower helps with coming down off a high is purely anecdotal, I’ve always found that cold water does the trick for me. It shocks the body and the brain, and also gives you something else to focus on. Freezing water cascading down your naked body does that.

Other people prefer a hot shower. Whatever does the trick for you, do that — there’s no right or wrong here. The key is to come out feeling invigorated and refreshed, so you can focus on other activities instead of freaking out about never being quite normal again.

Call a Close Friend & Talk It Out

Look, when you get too high, you’ll have a lot of shitty stuff going through your head.

If you’re alone, the best thing that you can do is call someone you love and trust — someone who’s been there and can help reassure you that everything will turn out fine. [So, in most cases, NOT YOUR MOM!]

What you talk about is not important… though you might want to steer the conversation clear of any paranoid or anxiety-inducing thoughts you might be having.

So if you’re really crushed under a load of a juicy high, phone up a friend. Take up space for half an hour and just shoot the breeze. You’ll get your mind off your weed high, and you’ll have someone on the other end who’ll stop you from doing anything (too) stupid.

Add Some CBD Drops to the Mix 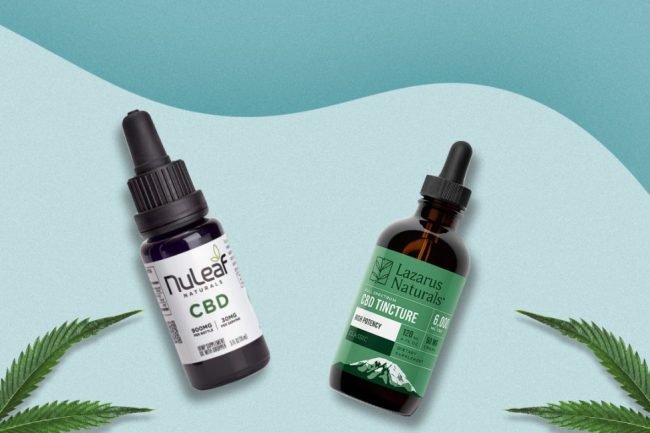 And no, I’m not saying smoke on a mellow indica strain — that’s not what you want right now.

I’m talking about having a drop or two of isolate CBD which doesn’t contain THC.

Studies have shown that CBD interacts with some CB receptors that THC activates. But, instead of enhancing your buzz, CBD regulates it.

CBD can help with some of the unpleasant side-effects — couch lock, paranoia, anxiety, or increased heartbeat. Since CBD is completely NOT psychoactive, you’re not risking anything here. Worst case scenario, you’ll notice that you’re a bit less fazed about your high. This alone can make it pass seemingly faster, if for nothing than because you’re not focusing on it too hard.

Go for a Pleasant Stroll

Taking a walk might jolt your brain out of its current predicament — instead of thinking about how high you are, you’ll be thinking about putting one foot in front of another.

My recommendation is walking somewhere that’s familiar and soothing; bonus points if it’s somewhere in nature where the greenery will make for a calming backdrop.

Don’t go walking if you’re tongue-tied and anxious, and there’s a chance you might have to stop and chat with someone who knows you.

There’s nothing worse than standing there in front of your spouse’s best friend and blurting out: I’m too high for this shit right now… I need to lie down.

Trust me, you don’t want to have that conversation.

Walk in your backyard, the woods behind your house, or a couple of streets down from where you live — but not somewhere where you might be expected to engage in a conversation you’re not comfortable with. Also, stick to the places that you know well. The last thing you need here is to get lost ‘cause you’ll start freaking out about that, too.

Try Getting Some Sleep 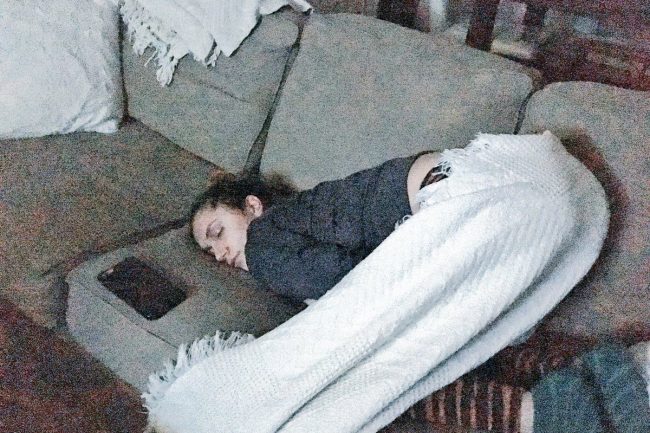 Sleeping it off should probably be at the top of this list as the #1 method for sobering up from weed, but because it’s really hard to do, I’m putting it here… near the bottom of the list.

I have to be honest here – this has never worked for me.I just can’t switch off my brain that way. I have thoughts zipping and flying around at enormous speeds inside this head of mine.

That said, there are people out there who can get wrecked with weed, close their eyes, and off to the sleep land they go.

Maybe you’re one of those people.

If you are, if you’re out, find a quiet space (preferably out of rain… and not on someone else’s property) and try to catch a breather. And if you’re at home, snuggle with your favorite blankie on the couch and inhale and exhale. If you manage to fall asleep, you can bet your sweet ass you’ll wake up unhigh. A bit groggy, maybe… but definitely not high.

I know, I know… flies in the face of all the ‘I-don’t-want-to-take-pharmaceuticals’ movement that’s prevalent in the cannabis community.

But hear me out…

There are actual studies out there that show that ibuprofen can help you stop being high.

This all has to do with synaptic signaling, neurons, and all that science-y stuff, but the point is that it seems to work on a chemical level… even if I (and probably you) have no idea how it works.

And since everyone has ibuprofen lying around these days, it doesn’t cost you anything to pop a pill, especially when the going gets tough.

Call the Emergency Services — If You Dare

If you feel you’re so SOOOO high that you’re gonna pop your clogs, call the emergency services and tell them that.

Doctors have a duty of care, and they will help you without judging.

That help will mostly come down to talking to you, and telling you that you will be fine.

Remember: YOU CAN’T DIE FROM A WEED OVERDOSE.

You might be praying for that for an hour or so, but it ain’t gonna happen. So don’t call the EMTs unless you’re absolutely freaking out.

Wait — What Are the Symptoms of a Weed Overdose?

Honestly, they are as varied as the people who experience them.

All in all, experienced stoners mostly have problems with:

This is all short-lived. It’s all temporary. And it’s never as bad as you think it is.

How to Sober Up from Weed — The Unhelpful Verdict

I’ll be honest here — everything I listed here, from:

… and everything else… It will all help a bit.

But it’s mostly a waiting game with weed. You took too much. And now you have to wait it out.

So the best piece of advice I gave you here? Don’t panic. You’re gonna live.

Oh, and next time, try our pre-rolls — we have some mellow ones here that won’t leave you couch-locked, panicking about your life choices.