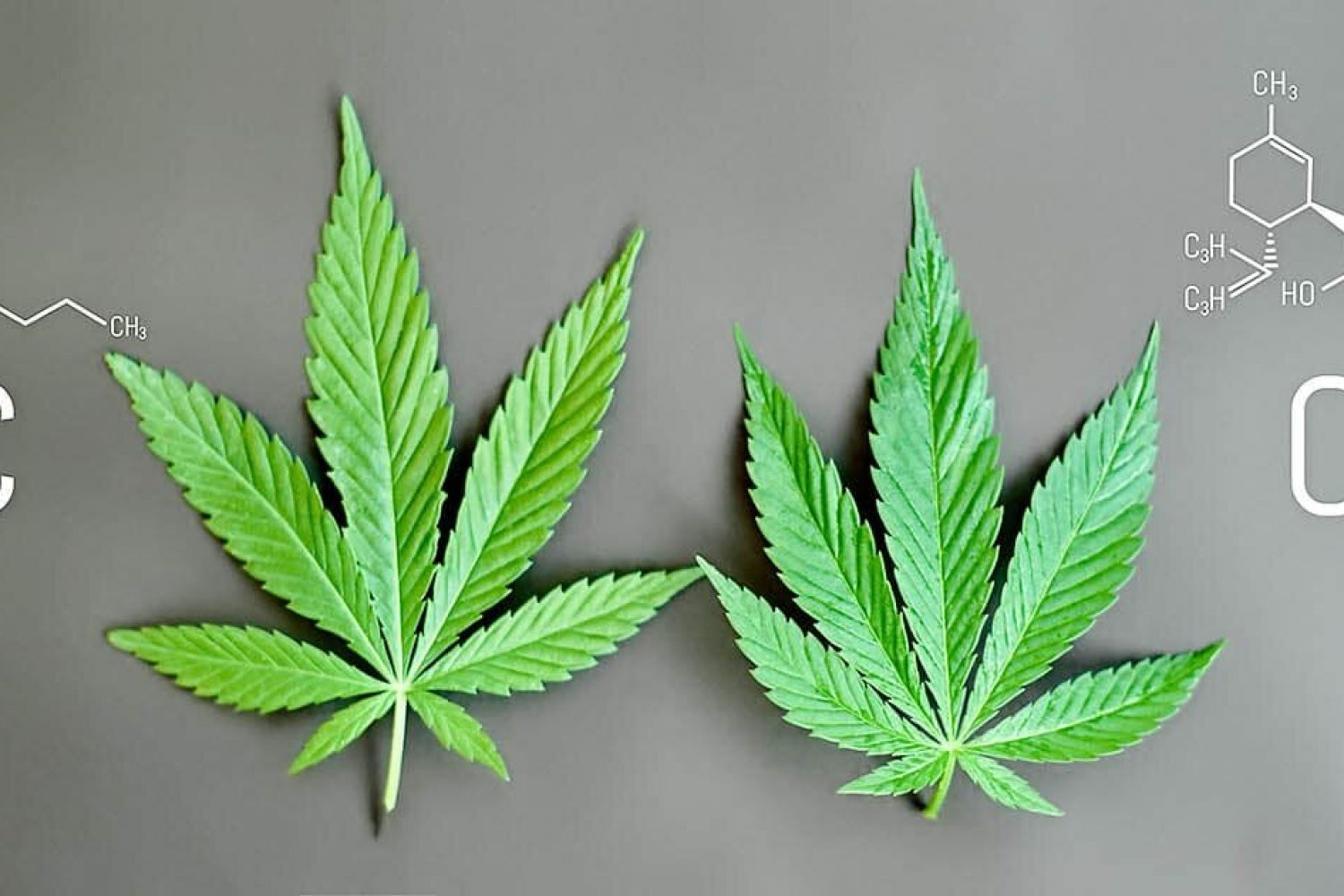 In this marijuana FAQ guide, we will try to answer questions as thoroughly as possible, linking out to more comprehensive answers wherever possible. Also, we will do our best to provide you with credible sources for all of our health claims – if a peer-reviewed study exists on a particular topic, you will get a link to check it out for yourself.

Keep in mind that we’ll focus mainly on THC and CBD, even though there are 100+ more cannabinoids in the marijuana plant.

So no — this is not a comprehensive guide to weed. But, it definitely covers a lot of your questions. So if you have any additional ones, make sure to comment, and we’ll get back to you!

Read on to get the answers to the most frequently asked questions about weed!

It is the leaves, flowers, and other parts of the cannabis plant that have been prepared for smoking or other consumption by drying and then shredding. The plant can be found around the world today, although its origins are linked to Asia.

How is Marijuana Used?

Dried marijuana can be smoked or vaped. It can also be processed and turned into edibles, ointments, creams, oils, and tinctures.

What is THC (Tetrahydrocannabinol)?

Delta 9-THC or Delta 9-Tetrahydrocannabinol is the traditional version of THC and is the active ingredient in the marijuana plant.

Yes, THC is a psychoactive ingredient of marijuana. It causes different highs depending on its concentration and other factors.

What Is CBD (Cannabidiol)?

Cannabidiol (usually shortened CBD) is a non-psychoactive cannabinoid found in various strains of the cannabis plant. Most commercial CBD manufacturers use hemp or cannabis Sativa/Indica (marijuana) and harvest their CBD.

Cannabidiol has many therapeutic properties, and studies show that it’s a potent antidepressant, antipsychotic, anticonvulsant, and antioxidant. It is also a very powerful neuroprotective and has demonstrated the potential to treat various types of tumors.

Source: Plastic and Neuroprotective Mechanisms Involved in the Therapeutic Effects of Cannabidiol in Psychiatric Disorders 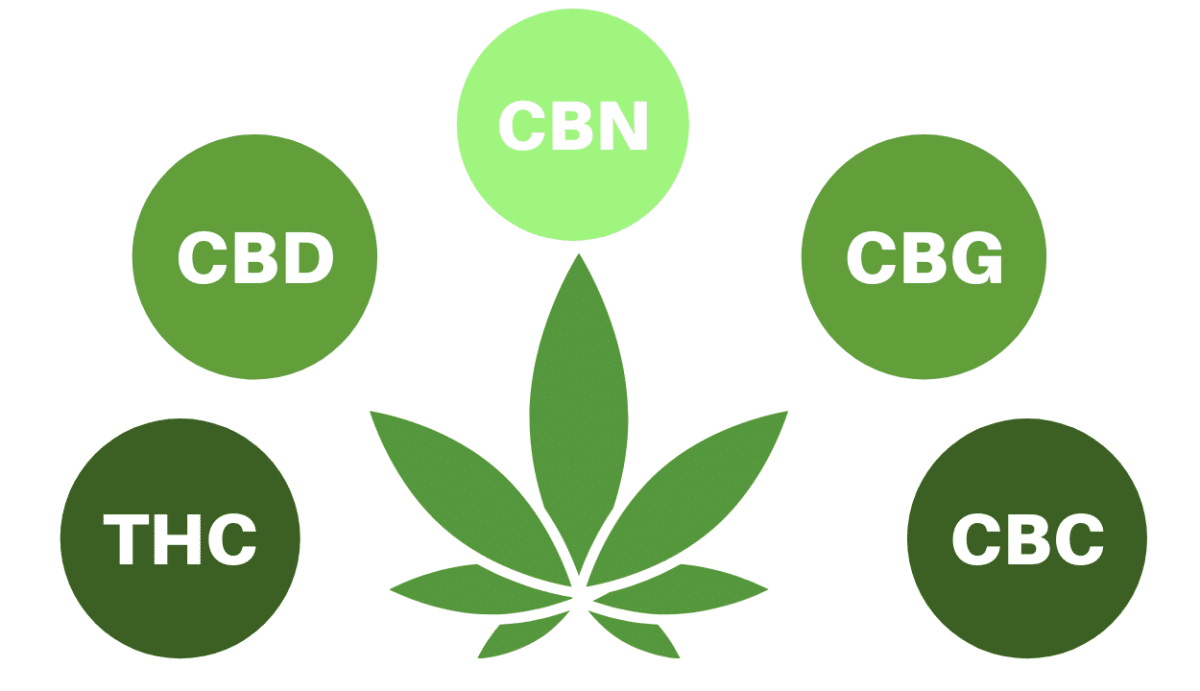 Cannabinoids are a group of chemical compounds defined by their ability to bind with cannabinoid receptors in the human endocannabinoid system.

What Is The Endocannabinoid System?

The endocannabinoid system influences the central nervous system, hormones, immune response, and everything else. That’s the reason why the introduction of certain phytocannabinoids (such as CBD and THC) can have such a therapeutic effect on us.

Is CBD Made From Marijuana Or Hemp?

Cannabidiol is made from both marijuana and hemp. Both plants share a common genus – Cannabis Sativa L – so they both are rich in CBD.

However, CBD manufacturers prefer to use hemp since it’s not psychoactive, meaning that it contains less than 0.3% of THC. On the other hand, marijuana has a much higher concentration of THC.

What Is The Difference Between CBD And THC?

While both THC and CBD are made up of identical atoms, there are arranged differently, which means that the two compounds have a different effect on the endocannabinoid system.

To learn more about the difference between THC and CBD, check out this article from Healthline.

Is CBD Psychoactive (Will It Get Me High)?

As we already mentioned above, CBD does not produce a standard high that is associated with THC. Since it reacts with the CB1 receptors differently, CBD does not cause euphoria, fatigue, confusion, or anything similar. While, technically, CBD is still mind-altering, there’s nothing about it that will diminish your capacity to function normally.

If you’re using pure CBD oil in a prescribed dosage, you don’t need to worry about not functioning normally. You can go to work, drive your car, and do anything else that you would do if you were not taking CBD. However, we advise caution if you take large doses of CBD as some side effects could impact your ability to function normally.

One of the most frequently asked questions about CBD is whether or not it’s legal in the United States. The answer is yes, it’s legal – if it was derived from the hemp plant and contains less than 0.3% THC.

Will CBD Show Up In A Drug Test?

Pure CBD will never show up on a drug test. There’s a simple reason for that – those tests were not designed to look for CBD. Instead, they look specifically for THC.

This means that you can take CBD without any fear if it does not contain trace amounts of THC. Your best bet here is to use pure CBD isolate – CBD that has been stripped of all other cannabinoids and terpenes.

What Is CBD Good For, Health-Wise? 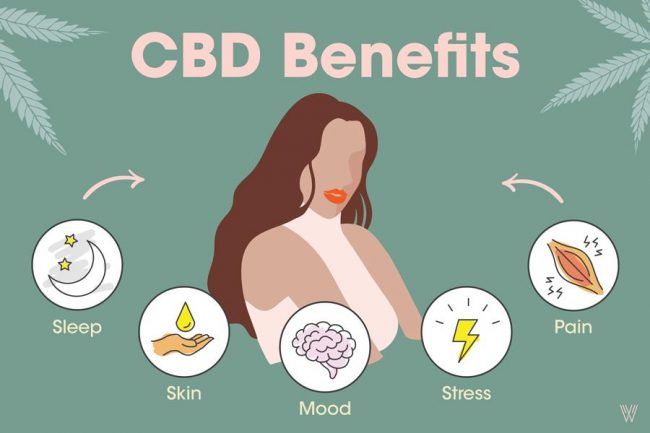 While doctors and scientists are still deep in CBD research, some studies are available that confirm that CBD can be used to treat a host of different symptoms. That said, CBD is far from a cure-all – it would be foolish to think that its therapeutic properties are a substitute for anything your doctor recommends. At best, you can use CBD to supplement your therapy, which is only after consulting with your primary healthcare provider.

What Is CBD Oil?

CBD oils are one method of consuming CBD. This can be done by either adding the oil to your food, taking it sublingually, or vaping it.

CBD oils are made by infusing certain types of oil (propylene glycol or multi fractionated coconut oil) with either CBD isolate (pure CBD in powder form) or full-spectrum CBD.

What Is The Entourage Effect?

The entourage effect is a name given to the synergistic effects of cannabinoids and terpenes. Although CBD alone has numerous therapeutic benefits, some research points out that it’s much more effective when combined with other plant compounds. Together, cannabinoids and terpenes enhance each other’s effects in the body, leading to faster and better results.

How to Determine The Right CBD & THC Dosage I Can Take?

Taking the correct dose of CBD or THC is essential to treating the symptoms that are affecting you. However, this can be difficult since different usage methods have variable bioavailability.

The first thing you want to figure out is the appropriate dose of CBD for your symptoms. This will depend on their severity and your body weight. You can use this chart to get an estimate of what you should be aiming for:

Can I Overdose On CBD?

CBD overdose is highly unlikely because the receptors it affects are not located in the brainstem. Therefore, they don’t influence vital bodily functions, such as breathing or blood flow.

Additionally, CBD does not have any psychoactive effects, making it hard to guess what an overdose looks like. A THC overdose, while not lethal (no known cases of fatalities), is still pretty much observable from the behavior of the person that’s under the influence. When it comes to CBD, doses as high as 1200 mg daily have been prescribed for months at a time without any adverse effect.

This study has been done on animals, but there is a lot of anecdotal evidence confirming that it holds true for humans, too.

We can say with utmost certainty that CBD is not addictive. You can take reasonable amounts of it every day (per doctor recommendation) without developing dependence of any sort.

Can I build up a tolerance to CBD?

Right now, it’s pretty difficult to say conclusively whether or not you can build up a tolerance to CBD. Most users report the opposite – a reverse tolerance – which means that they take less CBD the longer they take it. However, one study of epilepsy patients did record ⅓ of the sample developing a tolerance to CBD.

If this happens, you can do two things – up your dosage or take a tolerance break. We recommend taking a 5-day break. After that, you should continue with the exact dosage you are accustomed to.

Are There Any Side Effects To Using CBD?

Side effects of using CBD in any of its forms are not severe, but they are also not uncommon. Common side effects include:

If you’ve found CBD to help with your condition, there’s nothing with a basis in science to suggest that CBD side effects pose a significant threat to your health. On the contrary, while its effects are still being explored (particularly its connection to hormones), CBD seems to be completely compatible with thriving health in humans.

Does CBD Interact With Other Drugs?

While we still don’t know much about CBD, we know that it can interact with pharmaceuticals. What’s particularly interesting is CBD’s ability to interact with cytochrome p450 enzymes. These enzymes are responsible for drug metabolization. By inhibiting their action, CBD can increase and prolong the effect of certain drugs.

This can be particularly dangerous when talking about drugs that have a blood-thinning action, such as warfarin or ibuprofen. Additionally, cancer patients need to be careful when combining CBD with their chemotherapy. Because the cytochrome p450 enzymes are deactivated, the chemo drugs have an increased effect, which is not always desirable.

Here are just some of the drugs CBD can mess with (not a complete list):

If you’re taking any kind of medication, make sure to consult with your doctor before using CBD. The interactions can be dangerous and need to be closely monitored.

For more information about CBD and drug interactions, we suggest reading this article.

How should I store my CBD oil?

While you can definitely keep your CBD oil in the refrigerator, there’s no need unless you live somewhere where it gets really hot during summer months. Most CBD oils will be just fine if they are kept out of the sun and at room temperature. The shelf life of CBD oil is about one year if it’s properly stored.

Where Can I Buy CBD & CBD Oils?

Last, but definitely not the least of our CBD FAQs, is a question about where to find good CBD.

Since it hit the mainstream, it’s easy to get your hands on CBD pretty much anywhere. Most people order it online, often bargain shopping and finding deals on websites that are not US-based. We do not recommend that. As with everything that you put in your body, you want to make sure that the CBD you’re taking is high-quality.

There you have them!

The answers to most of your burning questions about CBD, THC, and marijuana in general. If you have any others, make sure to drop them in the comments section.